While I do love the machinery of flight, it is the human element of it that captivates me  Below is an excerpt from an older story, with a few additions, take the quiz and see how you do; if any of them are not yet known to you, I encourage reading about them, each of the aviators here have a life story well worth reading.

Experimental aviation is a very small corner of the world of flight, and homebuilts with 100-120hp engines don’t set many world records or make the cover of Aviation Week and Space Technology often. While the machinery we are building isn’t going to change the world, It will change your world.

When you are aloft in a plane that you created with your own hands and mind, you will come to a moment of awareness where you realize that your homebuilt, and the experience of building and flying it is a much better portal to the timeless truths of flight than any commercial aircraft.  Lindbergh wrote: “Science, freedom, beauty, adventure: what more could you ask of life? Aviation combined all the elements I loved.”  Every aviator below felt this, and  your homebuilt is your route to feel the same elements in your life. 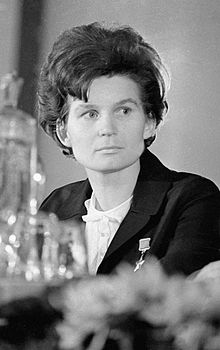 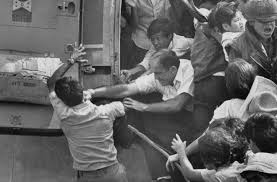 “If you look at their lives close enough, all of the greats offer something to guide us in pursuit of the timeless truth of flying. Pietenpol teaches that we are more likely to find it in the simplest of planes; Lindbergh knew that you started your search inside yourself; Gann said that we will not see the truth directly, but you can watch it at work in the actions of airmen; and Wittman showed that if you flew fast enough, for long enough, you just might catch it. These men, and many others, spent the better part of their lives looking for this very illusive ghost. Some of them paid a high price, but you get the impression they all thought it was worth it. ” – from our Oshkosh 2008 coverage, -ww.

1) Pappy Boyington, Flying Tiger, USMC, CMH. Quote: “Show me a hero and I’ll show you a bum.” Lived life with the throttle firewalled. Drank, fought, smoked and flew on high blower, all the time.

2) Poncho Barnes, respected as a serious competitor in 1930s air racing, when it had a 30% fatality rate. Owner, “Happy Bottom Riding Club.” Legendary for never taking crap from anyone. Ever.

3) B.H. Pietenpol, Patron Saint of Homebuilding , champion of flight for the common man. If you work for a living, and you are building a plane, you owe this man the acknowledgement that he was the pathfinder for every builder with persistence to take their place … In the Arena.

4) Col. John Boyd, supreme fighter pilot, father of ACM, inventor of Energy-maneuverability, inventor of the OODA loop, greatest thinker on conflict since Clausewitz. Rejected all attempts to be bought off. Philosophy: “You can be somebody (Play a role, fill a slot, hold a position) or you can do something.”

5) Charles Nungesser, French national hero and ace in WWI. Sets the 100% standard for the “triple crown” of fighter pilots in the 20th century (flying, drinking, romancing women), and his countrymen loved him for it. Spent all night in the clubs of Paris, flew against the Hun at dawn. The embodiment of the term Swagger. Dies attempting to fly the Atlantic with Coli 2 weeks before Lindbergh. Read more: French Aviation to be admired.

7) Jack Knight, airmail pilot, flew 800 miles, Wyoming to Chicago, in an open cockpit plane, at night, in a blizzard, Feb. 22, 1921, to save the fate of  U.S. airmail. Later VP of United Airlines, before such jobs became  positions held by accountants and lobbyists. Would not “fit in” at airline work today.

8) Valentina Tereshkova, awarded title Hero of the Soviet Union, first woman in space. On her 70th birthday she told Russian president Vladimir Putin that she was personally willing to go to Mars, now, even if it was a one way “suicide” mission. Not your average grandmother.

9) Gus Grissom, Astronaut “If we die we want people to accept it. We are in a risky business, and we hope that if anything happens to us, it will not delay the program. The conquest of space is worth the risk of life.”

11)  Saint-Exupéry in Toulouse, France, 1933.  He flew airmail, and was one of the greatest aviation writers of all time. The little Prince is his master work. It is alleged that Anne Morrow Lindbergh was in love with him. He flew unarmed recon missions over France in WWII in F-5s (P-38).  He was granted permission to fly 5 more, but extended this to 9, and on 31 July 1944 he never returned. He was 44 years old. His watery grave not found for 59 years. Read: French Aviation to be admired.

12) Captain Al Haynes of United  Flight 232, the man who’s calm leadership in the face of near certain  death in the Sioux City accident of 1989 saved the lives of the majority of people on the plane. Would not accept praise nor credit for the deed. read: Three Aviation Stories

13) Lydia Litvyak: First woman fighter pilot; First woman to shoot down a plane; First woman ace; Highest scoring female ace of all time. She flew a Yak-1 almost exclusively, The plane was small and agile, but not exceptional. Never the less, Litvyak downed a number of Bf-109G’s flown by very skilled German pilots, including an 11 kill ace.

After witnessing the death of her squadron commander, she wrote her mother, saying in retrospect, she had been in love with him. Her mechanic later testified that from this point forward, all Lydia wanted was more missions.  She died on 1 August 1943, on her 4th sortie of the day. She was 21 years old. In 1990, USSR President Mikhail Gorbachev posthumously awarded Litvyak “Hero of the Soviet Union.” Read: Russian Aviation to Admire.

Scoring: If you knew six or more of the Aviators of Character, you are in good shape, proceed as you are. –  If you only identified 3 or 4 of the pictures, take warning: Do not read Flying,  try to fly a Comanche 400 or radial powered plane soon. Throw away your Sporty’s catalog. Watch The Great Waldo Pepper or Thirty Seconds over Tokyo this week. –  If you knew none of the images, you need serious help. You have been made a victim of the consumerism people who have told you that flying is about spending money, not learning, challenges, and personal achievements. Leave tonight for Cherry Grove, Minn., Pietenpol’s home town, and make it your aviation pilgrimage. Never fly behind a Rotax 912 ever again. Fly in a biplane to Kitty Hawk, and look into the glass case at the little square of Wright Flyer fabric, carried to the surface of the moon and back by Neil Armstrong. Develop a plan on how your actions in aviation will show gratitude to those who came before you and gave you the possibilities you have. Do this today. -ww.

The quiz above was excerpted from this story: Greatest Book on Flying Ever Written, (Is your life worth $16?)

4 Replies to “Thought for the Day: Identifying Historic Aviators of Character”