“One should judge a man by his depravities. Virtues can be faked. Depravities are real”

I first came across this quote about 20 years ago.  On the surface it is the antithesis of what many of us are taught, to think nice things about people and believe in them. Yet, there is some disturbing ring of truth in the comment.

For me, this comment has a simple and direct connection to flying: In 25 years I have met countless people who professed absolute allegiance to safety and good judgment in all their flying. Most of these same people were eager to share their personal ‘virtues’ as an aviator, carefully crafting a convincing case that they were the epitome of trustworthy around planes, and that no factor could sway them from the correct path. My experience in aviation has taught me that a single observed incidence of the same person demonstrating poor judgment, a ‘depravity’

if you will, is a far more accurate indicator of how reliable a fellow aviator is than all his professed ‘virtue.’

Show me once that someone is a dangerous idiot, and I will never put myself in the position of needing to trust nor count on that person again. Aviation does not always give second chances. If you are new to flying, be advised that it is admirable to grant the benefit of the doubt to others, only outside the airport fence. Once you enter the arena, Klaus Kinski is a better mentor than Alexander Pope. Make your long term goal being independent and in control yourself, in Command, not a spectator nor a passenger.

By the way, Kinski was an authority on depravity, his words come from personal experience. He was conscripted into the German army at 17, was wounded and captured on his second day of combat; a POW for 14 months, he returns to Berlin to find it in ruins and both his mother and father dead. Not a kind start for any 19 year old. While a great artist, he is a monster in his personal world. The quote is aimed at any admirer of his art tempted to ignore his real personality.  A  glimpse of honesty from a celebrity not likely to be repeated today.

Pictured below in an iconic 1980s photograph is actress and supermodel Nastassja Kinski, Klaus’s daughter. For confirmation on her father’s expertise on depravity, read her quote on him below the photo. I have said many times that aviation is too serious a subject to restrict your learning to just ‘nice’ sources.  Any bit of wisdom, experience, judgment or skill that you can put into your own ‘reserve’ is worth collecting, even if it comes from a ‘depraved’ source. If you will one day fly with passengers, you have a moral obligation to them to have learned all you can. 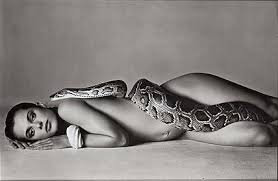 “He was no father. 99 percent of the time I was terrified of him. He was so unpredictable that the family lived in constant terror.” When asked what she would say to him now, if she had the chance, she replied: “I would do anything to put him behind bars for life. I am glad he is no longer alive.”

2 Replies to “Thought for the day: Virtue vs Depravity”