Lest anyone think I do not admire the rich aviation heritage of the UK, I present 10 favorite elements of it that I have long respected.

1) Mick Mannock: WWI ace of incredible skill. Saw there was no chivalry in war when others still clung to it and romanticized death. Fought on in spite of terrible psychological wounds. Famous quote when others were ‘honoring’ Richthofen’s memory: “I hope the bloody bastard burnt the whole way down.” Died in Combat 26 July 1918, age 31. Six days earlier he had said to a friend “There won’t be any ‘after the war’ for me.” His remains were never recovered. 2) Nevil Shute Norway: Aero engineer, pilot, writer. His book Sliderule is one of top 10 aviation books I have ever read. Very intelligent commentary on how being in a group does not absolve responsibility of the individual. Wrote On the beach, a chilling look at nuclear holocaust. He emigrated to Australia after WWII and most of his books subtly touched on themes ahead of their time such as racism and prejudice. His book A Town Like Alice, is an example.

3) TE Lawrence: Better know as “Lawrence of Arabia”, Hailed as a hero in WWI, fell from public grace for championing Arab independence. Suffered the remainder of his life from events in conflict. Spend many years after the war quietly in the RAF under a false name as a Pilot and then as a mechanic, the only peace he knew in his life. Killed riding his motorcycle in 1935, age 46. He had crashed to avoid hitting 2 children on bicycles. 4) Fairey Swordfish crews: It takes very special courage to attack a WWII ship in daylight, especially when the ship’s speed can potentially limit the rate of closure to 80 knots. These aviators put the crippling hit into the Bismarck. British still flew these planes in combat in 1945. 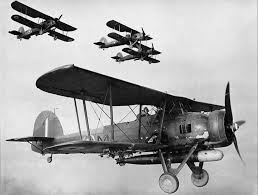 5) Cecil Lewis’s first hand account of his life as a WWI RFC pilot. Best book on WWI I have ever read. Learned about it from Doc Mosher. 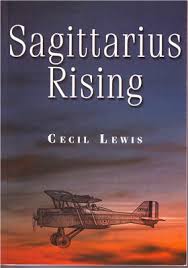 6) Fairey Battle Crews: the Battle was an obsolete design on the eve of WWII. There are many squadron histories written about the men who flew these planes on low-level attack missions into France, the low countries and in support of the Dunkirk evacuation. Squadrons pressed into desperate service lost 60% of their aircrews in single missions. Yet the survivors had the courage to go again and again in support of besieged ground troops, until they were gone. Their will to fight did not waver, even in the face of near certain death. 7) Napier Nomad Post war 12 cylinder two-stroke diesel, perhaps the most fuel-efficient aero engine of all time. (BSFC .32 at power.) 3,500HP provided by 89 psi boost on 2,500cid. Engine has an axial-flow turbine engine below it providing turbo compounding and enormous boost.

8) Battle of Britain crews: “Photo: The average age of an RAF pilot in 1940 was 20. The strain they were under is clearly written on the face of Squadron Leader B J E ‘Sandy’ Lane (centre), pictured here aged 23. He was killed in combat 2 years later”

“Never in the field of human conflict was so much owed by so many to so few.“ 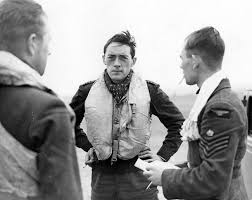 9) and 10) Sydney Camm and Tom Sopwith in 1953, the year both were knighted. These men covered aeronautical engineering excellence in Britain for 50 years.

3 Replies to “10 elements of UK Aviation to admire”