Folk music is far from the material science of flight. However, music and flight are both art forms, and if they are to be done well, they require a particularly bare form of honesty. In an era where ‘truth’ has become a fully negotiable quantity, It is worth taking a moment to consider the life of a man who was true to himself and scrupulously honest, no matter what the cost. 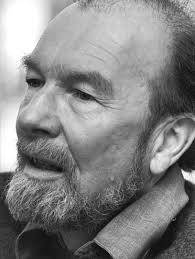 Above, Pete Seeger. You do not need to be a fan of folk music nor agree with his political views to respect this man.  All that is required is the recognition that he was a life long activist who put himself in the arena as a champion of human rights. No matter what pressure was brought to bear on him, he did not fold nor compromise his values.

If you examine many of the greatest aviators like Mitchell and Lindbergh, this is a common thread. In my writing on risk management, I point out that judgment is the #1 factor. It goes without saying that honest evaluation of oneself, the situation and the options is the absolute prerequisite of all good judgment. A staggering array of factors, peer pressure, ego, impatience, etc., work against the pilot to erode his honest evaluation. It is well worth studying the lives of people like Seeger as examples of non-negotiable honesty.

Take 30 minutes to enrich your life and read his biography:

A quote from Seeger just before he was sentenced to a year in federal prison for refusing to testify against other Americans at the height of McCarthyism:

“I have been singing folksongs of America and other lands to people everywhere. I am proud that I never refused to sing to any group of people because I might disagree with some of the ideas of some of the people listening to me. I have sung for rich and poor, for Americans of every possible political and religious opinion and persuasion, of every race, color, and creed. The House committee wished to pillory me because it didn’t like some few of the many thousands of places I have sung for.”

My favorite era of aviation is 1927-41. I love the planes, personalities and spirit of that time. I love Pietenpols, yet I must reconcile this with the reality of times that my grandparents and parents lived in. The country was suffering from impoverishment and terrible prejudice then. People forget this or ignore it. Youtube films of old planes are often set to upbeat ragtime piano tunes. To temper such joviality, about once a year I watch the particularly cruel and honest film “Paper Moon”  for a more realistic view of 1934 America.

Beyond the aircraft of the 1930’s, I have a broad interest in the lives of Americans in the 1930s and into the 40s. Seeger’s songs spanned this era, and into the 1950s he wanted to draw people back to the purity of simple music. Along with Seeger’s music, two other pieces of American art form my emotional attachment to the era:  Steinbeck’s novel “The Grapes of Wrath” and Aaron Copland’s composition “Appalachian Spring”. It is worth noting that all three of these men were considered “Subversives” with communist sympathies. In Seeger’s case, he directly thought of himself as a communist.

In my previous writings, I have been careless with my use of the word “Communist.”  I have often used it while being critical of the government and the products of the Peoples Republic of China. The thing I detest about China is not their economic system they espoused for 40 years, it is their atrocious human rights record. China is much better described as a “Totalitarian Police State.”

Americans looking for cheap consumer goods don’t want to be bothered by such distinctions or by the fact our buying habits help keep 1.6 Billion human beings living under a jack boot. Appartheid in South Africa became untenable because of divestment; today we are doing the exact opposite with China. When I point out the irony of a person who allegedly believes in the sanctity of all human life selling I-Phones and I-Pads, products from the only country on earth with state mandated abortions, most people don’t care. However, Pete Seeger was the kind of person who actually strove to live by his convictions, not just the convenient ones.

My father spent much of his life fighting against Communists is Asia. He was not there to stop Marx’s economic theory, he did not care if the poor of the world chose collective farming or workers wanted social reforms. He just recognized that political systems that don’t value individuals always degenerate to Gestapos, concentration camps, gulags and mass graves. My Father fought to stop the spread of these things. To my Father the term “Communist” is synonymous with “Totalitarian” because he is a realist and that is what he saw.  Seeger referred to himself as a “communist”, noting the lower case. Fundamentally, as an artist, Seeger was an idealist. He detested the very idea of violent revolution, he was not against private property. He only wanted to remind people that corporations, especially ones big enough to control politicians,  can not be trusted to care for the dignity, health and rights of individuals. The extent that you agree with that perspective is not important, the focus to me is that Seeger believed it, and nothing society threated him with would make him back down.

Here is the aviation connection to honesty: The three forces that control flight are Physics, Gravity and Chemistry, and they are non-negotiable, period. You can not bargain with them; You can not talk your way out of breaking their laws, you can not get a plea bargain from them, and their convictions stick, and have no appeals process. The man convinced that the bargaining skills and spin doctoring that serve him in normal life can be useful in flight is headed for an ugly reckoning. Conversely, the honest man has nothing to fear from Physics, Gravity and Chemistry, they will be his unfailing allies.

Many people today are obsessed with ‘gaming the system’, getting an overview but no details, finding a short cut, getting an ‘app’ for something rather than an understanding of it, etc. At their root, these things are intellectually dishonest, not to others, but they are really cheating the individual who engages in them. Our Grandparents knew this, but it is considered ‘quaint’ to think that way now. To enter aviation without understanding that “The same ideas that get you ahead in ‘life’ get you dead in aviation” is the very definition of risk. The single best antidote for that mentality is close study and emulation of men like Seeger, who were scrupulously honest, no matter what the cost. Above, Pete Seeger in the Army in WWII, giving a ground breaking non-segregated USO show. Eleanor Roosevelt is seated in the middle. Seeger’s quote: “I want to turn the clock back to when people lived in small villages and took care of each other.” It is a feeling I have understood many times in my life, yet will likely know little of, with the exception of small groups of aviators, whom I have seen treat each other in that spirit.