Russia produced an incredible array of hardware and personalities in 20th century aviation. Here is a quick look at 10 pieces of the Russian pantheon, including two titans of flight, one a household name, the other not. As the saying goes, ‘with the cold war settled, we can admire the other team without having our loyalty questioned.’

My closest friend from Embry-Riddle got a degree in Physics and went on to a Masters in planetary science from the UA Fairbanks, where she picked up Russian Language as a side project. When she ended up with NASA in Houston, an opportunity opened up at Star City in Russia, working on the International Space station. Knowing the language sealed the assignment as a mission controller.  She eventually spent years there, and brought back a great respect for the people, pointing out they were far more patriotic than 95% of Americans. There was a story of a withered an poor old man in the market, and how strangers bought food and slipped it in his basket when was not watching. On his lapel, a small ribbon marked an act long since faded in time, but not forgotten; it identified him as a “Hero of the Soviet Union.”

Every country is entitled to be proud of it’s veterans who contributed to ending WWII, but they should restrain their pride in the presence of Russians. They lost more lives in ‘the Great Patriotic War” than all other nations, (allied and axis) combined. For every American that died in WWII, fifty-nine Russians did. Statistics hardly reveal the horror, but this one always arrests me: 80% of the Russian males born in 1923 did not survive WWII.

There is a foolish myth that says Russian hardware is crude, believed by a lot of people who should know better. Many years ago I worked for a German propeller company, which licensed production of their design to Sukhoi. A customer brought in a Russian made prop for overhaul, the first one seen by the German staff. They were dismissive, with terms like “Potato Farmers.” I inspected it personally, and the tolerances on the machine work were far better than the German version. The Germans were stunned, I was not. I pointed out that the Russians had perfected titanium hulled atomic subs, space stations , Hydrogen weapons with MIRV’s and Mach 3.2 fighters; a three bladed prop was probably within their capabilities. Being diplomatic and needing my job, I chose not to remind them who won WWII.

1) Alexander P. de Seversky was a Russian born renaissance man of flight. A powerful balance of ideals and action.  He flew for the Tsar in WWI, lost a leg on his first combat mission. Came back to be an ace. Emigrated to the US in 1919, and became aide-de-camp to Gen. Billy Mitchell; Patented air to air refueling; Developed the gyro bomb sight while at Sperry; In 1938 predicted role of the ‘fighter bomber’ was more important than interceptor.  Outlined the P-47 Thunderbolt, and stated all US fighters should have 2,000HP and eight .50 Cal. guns. He went to Europe in the opening phase of WWII to observe first hand. The Board of Seversky Aircraft, the company he started, fired him. They renamed it ‘Republic.’  Seversky wrote the NYT #1 best seller (1942)”Victory through Airpower“, an indictment of the US aviation program, fearlessly pointing out errors such as the former VP of GM, now in charge of aviation war production, specified only Allison engines for fighters (Allison was owned by GM). He pointed out that elements at Ford were more concerned with post war market position than interests of quick victory. A man who could not be intimidated. Seversky is one of the few men who challenge Doolittle for the title ‘Greatest Aviator of all time’. 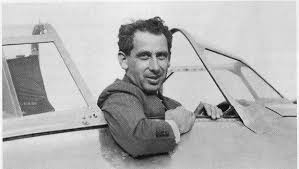 2) The Antonov An-2 is a large STOL cargo biplane in production for more than 50 years. Grace and I have some flight time in one. Powered by a 1,000HP radial, carries several tons, lands noticeably slower than a Cub. Wing span is 60′, it has a full span LE slat on upper wing. More than 18,000 were built. On our first flight, I was stunned that it could do more than 120mph on only 60% power…..until I realized that this was still 600 applied HP.

3) The Polikarpov Po-2 is one of the worlds most mass produced aircraft. It is about the size of a Stearman. The Russians used it in many roles, including as a night raider in combat. The particular example below is flyable and in Florida at ‘Fantasy of Flight’. More than 30,000 were built. Examining one closely shows it to be a work of simplicity compared to a Stearman or a Tiger Moth. Brings to mind the Russian saying “Quantity, has a quality all it’s own.”

4) The Tu-95 ‘Bear’ Bomber is a cold war masterpiece. It remains after 50 years, the worlds fastest propeller driven aircraft, period. Production planes were clocked at 595mph, 140mph faster than a P-51. It is a huge plane, grossing over 400,000 pounds. It’s turboprops generate 44,000 HP, yet is has a 9,400 mile range, unrefueled. Each engine powers a pair of contra rotating 20 foot props that run at the speed of sound. Half a century of evidence proving slow tip speeds on props have nothing to do with efficiency. 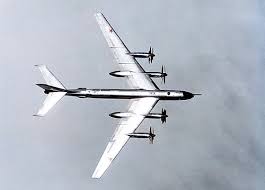 5) Yuri Gagarin, the first human in space. grew up as a peasant under Nazi occupation, made his way to the tip of the spear of the space age.  Outgoing and friendly, He set himself apart from hard-liners with this post-flight statement: “Orbiting Earth in the spaceship, I saw how beautiful our planet is. People, let us preserve and increase this beauty, not destroy it!” Awarded the title “Hero of the Soviet Union.” He was killed flying a regular training mission in a two seat MiG-15 in 1968. 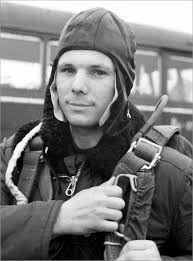 6) The Ilyushin Il-2, probably the most produced aircraft in history, 36,000 built in only 4 years. An armor plated attack aircraft that was ideal for ground support on the Eastern Front. Capable of absorbing great damage, the plane carried all types of ordinance, including bombs, rockets and early cluster bombs. Did vast damage to German armor and vehicles with 37mm cannon. The design and tactics were a completely clean sheet of paper approach to ground attack aircraft. It’s production and deployment in a country ravaged by war is a story to match any other in manufacturing. 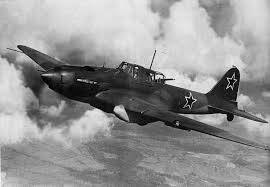 7) Lydia Litvyak: First woman fighter pilot; First woman to shoot down a plane; First woman ace; Highest scoring female ace of all time. She flew a Yak-1 almost exclusively, The plane was small and agile, but not exceptional. Never the less, Litvyak downed a number of Bf-109G’s flown by very skilled German pilots, including an 11 kill ace.

After witnessing the death of her squadron commander, she wrote her mother, saying in retrospect, she had been in love with him. He mechanic later testified that from this point forward, all Lydia wanted was more missions.  She died on 1 August 1943, on her 4th sortie of the day. She was 21 years old. In 1990, USSR President Mikhail Gorbachev posthumously awarded Litvyak “Hero of the Soviet Union.”

8) Igor Sikorsky was born in Russia but emigrated to the US after the revolution. In Russia he was a well established designer, but in the US, he made a large and lasting contribution to many fronts in flight. His flying boats and amphibious aircraft are some of the most elegant designs ever, but his work with rotary wing flight made him a legend. In 1931, he filed and eventually received the patent on the standard helicopter.

Sikorsky may be the wittiest guy ever to set foot in aviation. His best known quote is “In the beginning, aeronautics was neither an industry nor a science. It was a miracle.” There are hundreds more, but my personal favorite is: “In those early days, the Chief Engineer was almost always the Chief Pilot as well.  This had the automatic result of eliminating poor engineering very early in aviation.”

If you would like to read more, His site: http://www.sikorskyarchives.com/IGOR%20SIKORSKY%20SPEAKS.php

America was very lucky to be the home of four brilliant men who pioneered and perfected rotary wing flight: Igor Sikorsky, Frank Piasecki, Larry Bell and Charles Kaman. It is hard to overstate how influential and capable these men were. The practical helicopter did not arrive until after WWII. Consider that before the R-5 and the Model 47, the world already had Jet fighters (the Me-262 and Meteor), theater ballistic missiles (the V-2), supersonic planes (X-1) and Atomic weapons (Manhattan project.).

Several years ago at Oshkosh, a naïve guy said to me “I just went to a forum given by a guy from Texas who says he has a practical, affordable and reliable helicopter design. The man is a genius” I politely pointed out that perhaps his “genius” should start with an easier first project, like a jet fighter or an atomic bomb. 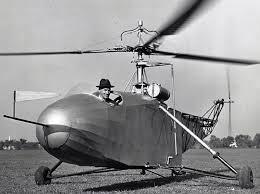 9) Valentina Tereshkova, awarded title Hero of the Soviet Union, first woman in space. On her 70th birthday she told Russian president Vladimir Putin that she was personally willing to go to Mars, now, even if it was a one way “suicide” mission. Not your average grandmother.

10) Russian aircraft builders and field mechanics.  Many people have heard that B-24s came off the assembly line every 45 minutes in WWII.  Most of the people who say that have never built a good set of shelves, far less a plane. Convesrely, homebuilders understand the challenges of actually building a plane. We know why the 1 every 45 minutes is ‘interesting’ it is astounding.

In America, we celebrate the idea of ‘Rosie the riveter.’  Americans in defense plants did incredible work to be the “Arsenal of Democracy.” But to be fair, I don’t think the best job at an Il-2 factory was a nice as the worst one at the Consolidated plant in San Diego. The Russian workers produced record numbers of planes while subjected to un imaginable forces. Just the threat of direct conflict, starving or freezing, or even the NKVD deciding to liquidate you.  They worked on because they had family at the front who were being exterminated for lack of more weapons. On average, the Russian workers had less education and technical skills, but the test the met was one of toughness not just technical training. They did an outstanding job and made a large contribution to ending WWII.

6 Replies to “Russian Aviation to Admire.”